Tradition in the form of legendary Leupold riflescopes and performance in the form of the Leupold VX 3i come together in one of the best-reviewed, mid-priced rifle scopes available today.

Here’s a spoiler alert for you: the Leupold VX 3i 3.5-10X 40 is one of the very best reviewed rifle scopes available on the mid-price market today—and it lives up to its ratings in every way. Being legendary in its legions of faithful fans means Leupold has a lot to live up to in every scope it brings into the market. With the VX 3i 3.5-10X 40, Leupold has attempted to take its experience in building high-functioning, durable riflescopes and combine it with quality American workmanship. The acid test of their success is determined by the most exacting, truthful critics there are—riflescope users out in the field. In this review, we’ll take a close look at Leupold’s investment in creating an outstanding mid-range scope, at the specs of the VX 3i 3.5-10X 40, at the results of the scope in the field and at the comments of those who have used it.

In the 1980s, Leupold & Stevens stepped up to the task of recreating the riflescopes used by the US armed services. It had been determined that the scopes the military was using in combat deployments were not appreciably better than what was available on the commercial civilian market. Leupold responded by constructing accurate, dependable scopes that exceeded the specifications and expectations of the services. This was so much the case that today Leupold has become the largest supplier of all types of scopes for the armed forces. Leupold provides the scopes used by Navy Seals, Marine sharpshooters, and the Secret Service. 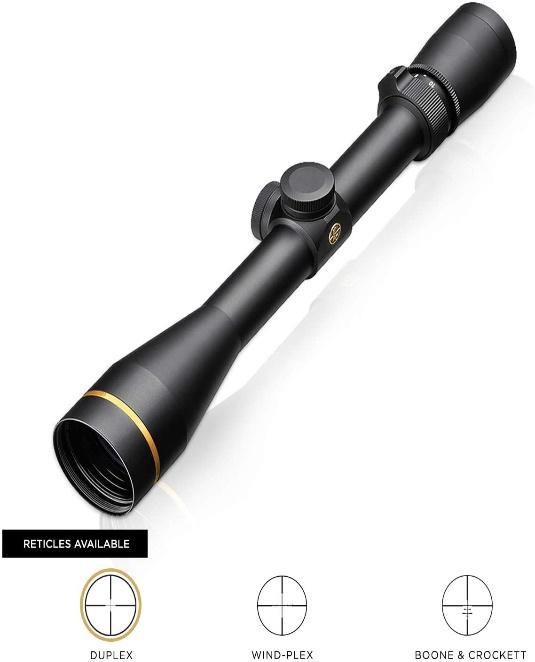 In turn, Leupold has sought to bring the same values to the production of their scopes intended for civilian use. The consensus is that they have succeeded admirably in doing so. The company continues to design, test, machine, and assemble all its products in the United States. Just as they put their military products to extreme durability testing, so they challenge all their general use scopes as well.

As with all their riflescopes, the Leupold VX 3i was tested at temperatures ranging from -40 degrees to 160 degrees Fahrenheit. The scope was subjected to 5000 impacts on the “Punisher,” the company’s device that simulates 3 times the recoil of a .308 caliber rifle with each impact. Leupold tests their scopes to be waterproof to a depth of 33’ and multiple changes in air pressure.

Like other Leupold scopes, the Leupold VX 3i possesses the Twilight Max Light Management System. Scopes with this technology can perform normally in unusually low light conditions. One aspect of this proprietary light system that is used on the Leupold VX 3i is DiamondCoat 2, an ion-assist lens coating that bonds to the molecular structure of the glass in the lens. This not only yields extreme abrasion proofing but allows the scope to transmit images for 20 minutes beyond the expected visual light range.

Mention should also be made of the Leupold Custom Shop and their fabled customer service. The attitude of the company seems to be that of a close friend who is setting you up with just the right equipment you need to do the shooting you have in mind. With a startling array of custom options and accessories, the Leupold custom shop works with each customer to perfect the options for the weapon, ammunition, and desired use of the scope. Even after the setup is just right, like a friend who wants to know how it was in the field, Leupold’s customer service is noted for addressing the shooter’s needs promptly and honoring its limited lifetime warranty.

The Specifications of the Leupold VX 3i

Constructed of airplane grade aluminum, the VX 3i 3.5-10X 40 riflescope is a 12.6” long device built upon 1” housing. The scope allows 6” of mounting space between the lenses. At 12.6 ounces, it weighs just over 3/4 of a pound. The objective lens is 40 millimeters. The Leupold VX 3i has a magnification range of 3.5 to 10X, with a linear field of vision of 29.9’ at 3.5X and 11’ at 10X. Ample eye relief—112 millimeters at 3.5X and 91 millimeters at 10X—usually assures that recoil will not impact the shooter’s eye regardless of the rifle caliber being fired. The scope uses MOA (Minute of Angle) calibration, with an elevation and windage adjustment range of 52 MOA. The scope allows fingertip adjustments of 1/4 MOA per click. 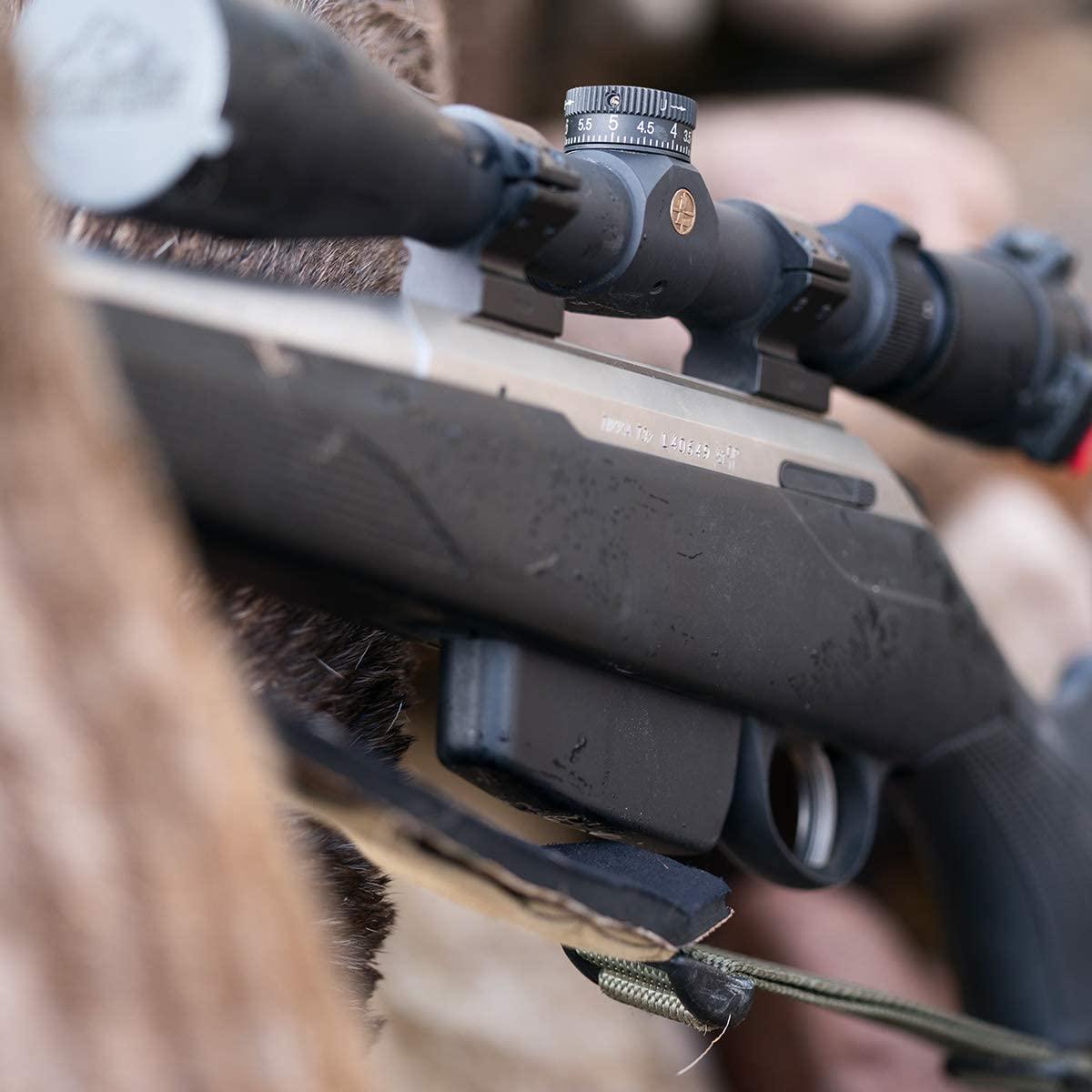 In an interesting comparison to Leupold’s other VX riflescopes, the VX 3i is next to the least expensive, yet is comparable to other scopes in its light management system, zoom ration (3:1) and construction. A duplex reticle is standard on the scope, but Leupold offers 6 different reticle models: Duplex, Fine Duplex, Wind-Plex, Boone & Crockett, German 4, and Varmint Hunter. These come with a total of 15 optional reticle configurations, corresponding to the potential use of the scope. The Leupold VX 3i is constructed so that the tactile power selector sits just in front of the eyepiece. The windage and elevation adjustment has a dual spring system.

As a part of its support for the purchaser, Leupold offers several online manuals that can easily be downloaded. These include the Scope Accessory Chart, the Riflescope Instruction Manual, the Ballistic Aiming System Manual, and the CDS (Custom Dial System) Instruction Sheet. The CDS Instruction sheet is also available in Spanish. Leupold provides a CDS installation guide that enables purchasers to install different BDC (bullet drop compensation) dials into the MOA sighting ring. Based upon the needs of the user, this allows for the specific, accurate sighting of bullet drop at a wide range of distances. The detailed instructions cover the full range of options available with the VX 3i and explain how to sight the rifle in after the dials have been installed.

This scope has been among the company’s most popular ones for decades. Leupold describes the VX 3i as being suited to “almost any hunting environment” from “tight brush” to “long-range shots.” This description not only reveals Leupold’s intention that this scope is primarily useful for game hunters—as opposed to long-range target shooters—but makes it sound like the perfect scope for a “scout rifle,” the sort of compact, easily portable, rugged piece that an outdoorsman would pack as a weapon of choice.

Uses of the Leupold VX 3i in the Field 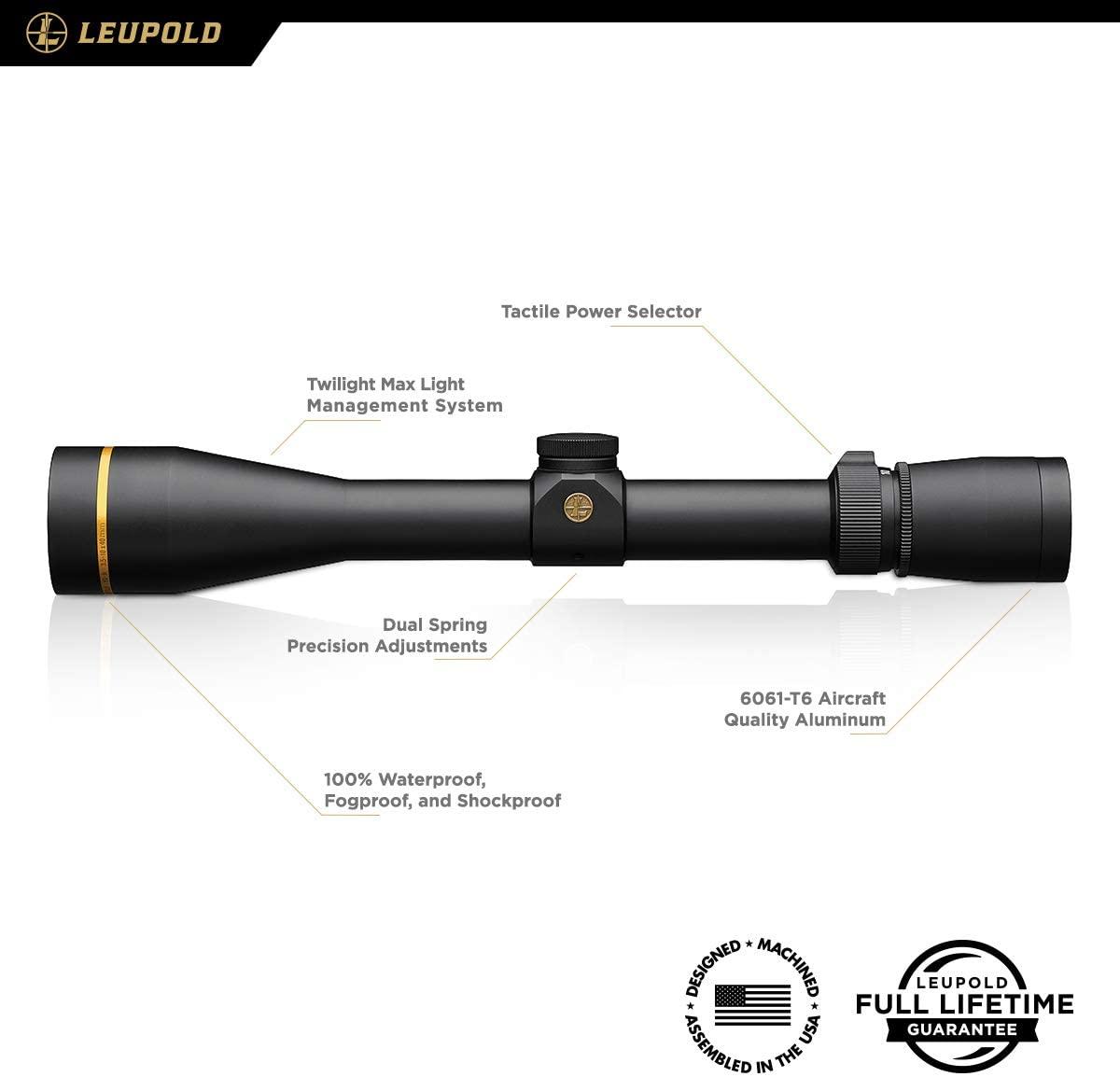 Indeed most purchasers of the VX 3i indicate it was obtained for use in hunting. A surprising number of users have indicated that the Leupold VX 3i is their scope of choice and they have purchased and installed the sight on multiple different rifles. The brands of the weapons, from Marlin to FAL to Remington, seem not to have adversely impacted the performance of the scope in any way. Some rifles, like the lever-action Henry, require higher mounting rings so the scope is farther above the receiver.

Sighting in of the VX 3i has been reported as simply done, usually requiring no more than half a dozen rounds. Once sighted, it does a remarkably good job of holding zero despite continued use, rough treatment, and geographical changes. Regarding its rugged nature, one shooter described falling 15’ with his rifle and scope; he remarked that the scope came through with substantially less damage than he did. Another user reported travel requiring 7 flights on commercial and bush planes, truck rides, massive elevation changes on continued shooting excursions, throughout which the scope remained on true zero.

When it comes to choosing from the available MOA reticles, many shooters chose the famous Boone & Crockett version. The conventional thinking is that this traditional reticle is especially good at sighting in long-range shots. One user who used the Boone & Crockett reticle reported no problem in consistently grouping 7-millimeter impacts in a half-dollar circle at 300-500 yards.

In the same way that the Leupold VX 3i is priced in the mid-range of riflescopes, so it seems to be the master of mid-range distance shooting, especially from 100-500 yards. Users report taking targets as small as squirrels with .223 rounds at 400 yards and easily shooting cherries with .17 caliber rounds at 75 yards.

The VX 3i holds the distinction of a 4.9 of 5 Stars rating with a full 90% of purchasers giving it 5 Stars and no rating beneath 3 Stars. Though it’s certainly not the least expensive scope available, it ranks #108 in Rifle Scopes.

Purchasers are extremely fond of comparing the Leupold VX 3i to other scopes they have used, almost invariably saying the VX 3i is superior—even compared to much more expensive sights. Many relate that they replaced other brands with the Leupold VX 3i and some say the only different scope they will consider in the future is another Leupold. In that this scope replaced previous sights on the rifles of users, the process of mounting and sighting the VX 3i was a frequent topic of discussion, with most users expressing that the scope was simple to mount, even using previous rings, and simple to sight in afterward. Among the features that were stressed in their comparisons to other scopes was light gathering ability. The VX 3i is reported to excel in the low light periods before and after dawn and dusk. Many users remark on the clarity of the glass in all conditions and how the resolution of the images remains sharp from one edge to another throughout the entire range of magnification.

The remarks of purchasers make clear that the primary intended use of the scope across the board is hunting. Range shooting is scarcely mentioned except when discussing the need to sight the scope. Because it is not reported that anyone required more than 10 shots to correctly sight the Leupold VX 3i, little was said about the use of the scope on target ranges. A wide variety of animals are reported to have been hunted using the scope, everything from squirrels to whitetail deer to wild pigs to elk.

Many users commented on the ease with which the scope is adjusted. The MOA turrets, focus, and magnification adjustments are reported to have a pleasant, intuitive feel to them.

Purchasers discuss the need of signing in with the Leupold company and registering the serial number of the scope to verify its authenticity. The presence of counterfeit scopes on the market makes this essential. Leupold & Stevens immediately respond to certify the authenticity of their scopes and to confirm that their vaunted lifetime warranty is in place.

There was also a fair amount of discussion among shooters about the various reticle and available CDS adjustments. Regardless of the reticle chosen—and the Boone & Crockett seems to be the favorite among customizing users—the constant observation was that the adjusted reticle takes the guesswork out of distance shooting.

Certainly, no riflescope will ever achieve unanimous praise as being the best for any given type of use, but the one that will likely come the closest for short to mid-range hunting is the Leupold VX 3i. Extremely versatile, ruggedly built, professionally supported, the VX 3i has an astonishing 4.9 out of 5 Star rating.

Leupold’s intention in building the scope seems to have been to provide game hunters the sort of riflescope that would be adaptable to any hunting settings, weather conditions, or game. Their success in accomplishing this is clearly born out in the amazing variety of users’ reports. The VX 3i has been a staple of Leupold’s mid-range riflescope products for many years and continues to shine. Those seeking a moderately priced scope that’s adaptable to virtually any type of hunting should make sure to check out the Leupold VX 3i.