Meta: What is “MOA” and what does it have to do with shooting? As this article explains, MOA is a measure of targeting for long-distance shooting. Learning MOA targeting leads to long-range accuracy.

Every rifle comes with built in sights, just perfect for the casual plinker or gardener trying to keep varmints out of the tomatoes. For the committed shooter interested in true accuracy at long ranges with rifles capable of meeting the demand, dovetail sights simply will not do. Of course, there are steps along the way to longer range shooting, like laser sights for swift focusing on distances within 100 yards. Suppose, however, you want the greatest possible precision in your shooting a long distances. You want a rifle sight that holds zero regardless of the caliber, the number of rounds fired, and the distance. And above all, you want to understand how to aim your rifle using MOA.

MOA means “minute of angle.” This minute is not about time—as in one hour is divided into 60 minutes—but it is about dividing things by 60. As you know, there are 360 degrees in a circle. Literally, a “minute of angle” is 1/60th of one of those 360 degrees. That sounds like a very small point, which is indeed true; there are 21,600 minutes of angle in a circle. If we consider how many MOA there are and imagine ourselves at the center of the circle, however, focusing on a target with a single MOA, we realize that our aim will be very precise.

Learning to use the principle of MOA to help us focus on a target is an exacting way to long-range shooting accuracy. To acquire a thorough understanding of the principle of MOA in shooting, we would do well to read one or more outstanding books about long-distance marksmanship. Here we’ll review two highly regarded books on long-distance shooting that do a marvelous job of describing how to understand and successfully use MOA in targeting.

Ryan Cleckner, the author of this book, should know what he’s talking about. A former Ranger in the US Army, Cleckner served as the leader of a special operations sniper team. After his time of combat deployment, he taught sharpshooting both to military trainees and peace officers, proving he was not only an amazing marksman and leader but a wonderful instructor as well. Now an attorney, Cleckner works in the firearms industry. In addition to teaching individuals how to shoot accurately at great distances, he also instructs students on how to obtain various firearms permits and achieve compliance with firearms regulations.

As an instructor, Cleckner began his work teaching marksmanship with a series of online videos. The videos were quite popular and created a great number of questions that were not being addressed. Through the encouragement of his students, Cleckner decided to write Long Range Shooting Handbook, which became a #1 bestseller in several categories, including “Shooting in Hunting,” “Military Technology,” and “Firearms, Weapons, and Military History.” 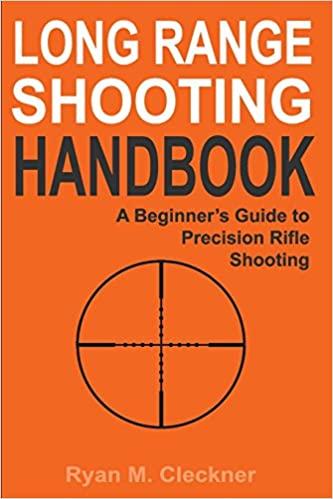 In Long Range Shooting Handbook, Cleckner can take numerous topics that seem baffling and make them comprehensible to the novice. Indeed he indicates that he wrote the book in such a way to be accessible to the person who has no previous knowledge of shooting. By the same token, he includes several insights and clever methods to simply the finer points of shooting for the experienced marksman. Throughout the book, Cleckner covers the basics of riflery to its finest points, dealing with the mechanisms of the rifle and scope, caring for your equipment, the ballistics of the fired round and what can impact it and especially how to hit what you’re aiming at. He explains MOA in-depth and in such a way that it immediately becomes an accessible tool for the marksman. 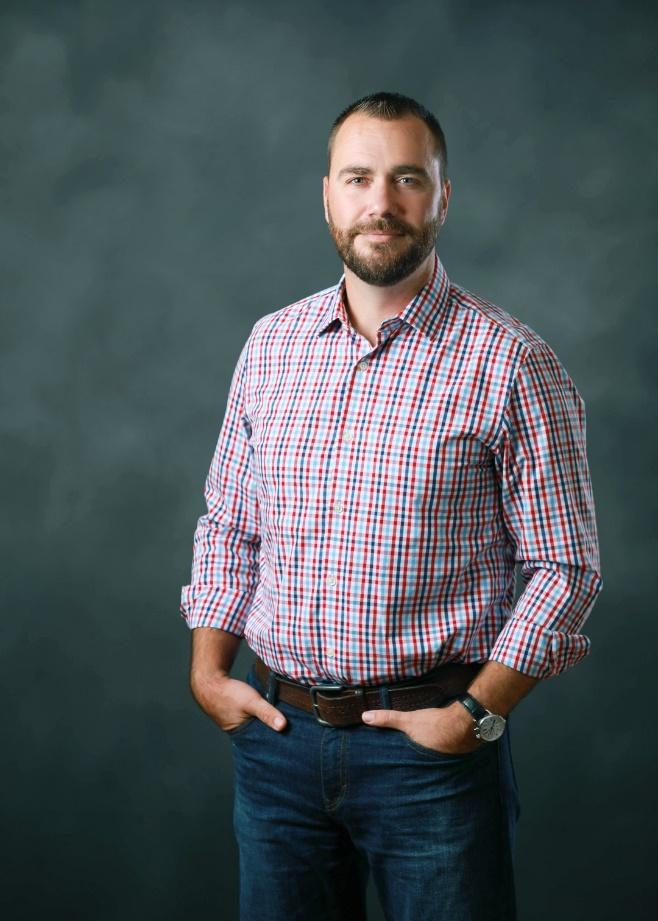 One of the best ways to gain an appreciation of Cleckner and his work is to examine what his reviewers have written about him and the Long Range Shooting Handbook. Out of almost 1500 reviews, the book has 88% 5 Star ratings. A common theme shared by his readers deals with his ability to take complex concepts and make them easily understandable. Some reviewers have gone so far as to suggest that anyone who wants to write a book about marksmanship should first read Long Range Shooting Handbook. Experienced shooters often remarked that they gained entirely new insights into riflery or that reading the book gave them a renewed perspective on the sport of shooting.

Many of his reviewers express gratitude for his ability to take MOA and other seemingly daunting topics and break them down into simple concepts that then become useful for the shooter. Several expressed appreciation for the way that Cleckner breaks down the difference between MOA and MIL calibration, describing how each is determined and how to tell which type of calibration is built into your scope.

Cleckner stresses safety in his teaching and writing. He is also interested in supporting non-profit charities that pertain to his life and interests. For that reason, he donates 25% of the proceeds from the sale of Long Range Shooting Handbook to the Special Operation Warrior Foundation and the Sua Sponte Foundation, which supports the needs and the families of US Rangers.

The Ultimate Optics Guide to Rifle Shooting: A Comprehensive Guide to Using Your Riflescope on the Range and in the Field 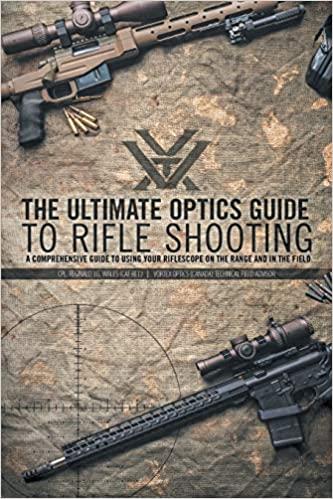 Another masterful book penned by a former soldier who now teaches and works with firearm manufacturers is The Ultimate Optics Guide to Rifle Shooting, by Cpl. Reginald J.G. Wales. Wales is now a field advisor for Vortex Optical in Canada. He brings his experience in the military theater to his work in developing weaponry, though his great expertise is best revealed in his encyclopedic knowledge of riflescopes.

About his experience in the Canadian military, Wales writes in the introduction: “Although I no longer wear the uniform on the outside, I am still a soldier on the inside. I want to give back by giving every shooter the knowledge I have gained in shooting with optical riflescopes.” [p. xvi]

To a great extent, this book focuses on the riflescope itself, how to understand its workings, and how to use your scope to its greatest effect. Wales has a complete command of the subject and writes in a clear, engaging manner so that the reader feels as if the author is standing nearby and methodically explaining everything in simple terms. From a basic overview of the scope, Wales moves to a full description of each intricate part of the scope and the alternative various optics offer the shooter.

Throughout the various sections of the manual, Wales returns repeatedly to the use of MOA to evaluate the target and change the MOA settings to achieve precise accuracy. He creates tables of possible MOA settings, challenging readers to make the proper adjustments necessary for accurate shooting.

The Ultimate Optics Guide to Rifle Shooting has received 5 Star ratings from 66% of its reviewers. Several of his reviewers identified themselves as veteran users of riflescopes, noting that—despite their familiarity with rifles and scopes—the guide had helped them gain a much greater insight into the effective use of scopes for the first time. A note is made that, while Wales works for Vortex Optics, the book is meant for anyone who uses riflescopes, regardless of their make or type.

It’s Not About Distance, It’s About the Angle

In their comments on using MOA in riflescopes, both Ryan Cleckner and Reginald Wales stress that the first step to understanding how to use the principle is in remembering that MOA is an angle, not a measurement. Two MOA points are parallel—side-by-side—on the circumference of a circle when seen from the center of the circle. If each of those two points is carried out in a straight line 100 yards from the center of the circle, however, they have become approximately 1” apart. At 200 yards they have grown to 2 inches apart. This same ratio of distance is maintained perpetually so that at 1000 yards, the two points would be 10 inches apart.

This principle is enormously beneficial to the shooter with a scope that is accurate over long distances. The shooter begins by sighting his rifle to “zero,” that is the distance at which the unadjusted crosshairs of the scope’s reticle and the fired bullet match perfectly on the target. This may be at 100 yards or any chosen distance. Once the zero point is set, the shooter can determine the rate of fall a round fired will drop over the next increment of 100 yards, or conversely, shorter distances as well, because the MOA will always remain the same.

To improve consistency and become expert at using sighting techniques, both authors counsel their readers to keep records of their sighting and practice rounds. These are kept in DOPE books: Data on Previous Engagements. Good records of target practice will not only improve the shooter’s ability to utilize MOA to calculate distance and drop but also will help the marksman to learn his or her traits on the firing range.

Numerous methods can be used by the shooter to learn how to use MOA in sighting a riflescope. A marksman may carry along written tables with the computational formulae on them or use various calculators that have been created just for that purpose. The more difficult but rewarding way to grasp and maintain the principles of using MOA for sighting, however, is to internalize the various formulae. For instance, there is the basic MOA distance formula: the distance to a target in yards divided by 100 equals the inches per MOA (minute of angle) at that distance. So if the distance to a target is 350 yards, divided by 100 equals 3.5 inches in MOA. It’s also true, however, that at 100 yards MOA is not precisely 1” but rather 1.047”. Of course at distances of even up to 1000 yards, the difference between the approximate MOA and the actual MOA is only about half an inch. Still, those seeking the highest degrees of accuracy with need to be able to calculate distances with more than approximate precision.

Another factor for the marksman to take into consideration is that, even with scopes that use MOA rather than MIL calibration, not all adjustment turrets are set to the same fraction. The typical MOA turret adjusts in 1/4 inches, but other MOA scopes may make adjustments as small as 1/8 inch increments or as large as 1/2 inch. It’s also worth noting that some scopes may not be completely accurate in their calibrations, making accuracy at long distances extremely difficult. Target practice with a worthy, reliable scope and a consistent rifle is necessary for the marksman who desires accuracy at long range.

Throughout the history of firearms, shooters have been aware that where the sights on the rifle are pointing is often not the place where the fired rounds end up. For more than 100 years, however, the glass sighting scope has made great strides in increased shooting accuracy. Underlying these improvements has been a marvelous geometric principle that at first is difficult to grasp: minute of angle, MOA.

Once the shooter understands the notion of continuity and uniformity behind MOA, then he or she can make great strides in shooting skills. With the proper use of MOA, the marksman can determine the distance to a target, to understand perfectly how far a fired bullet will fall on its way to the target and to gauge the performance of the rifle and scope being used. MOA is a sure way to greater precision and satisfaction for the shooter who doesn’t mind stepping one degree out of the circle.